Adenocarcinoma develops in the tissue that produces mucus that aids in swallowing. It generally occurs in the lower part of the esophagus.

Rates of squamous cell carcinoma in the US have been falling, while adenocarcinoma rates have been rising.

There are 2 main types of esophageal cancer:

Scientists believe that some risk factors, such as the use of tobacco or alcohol, may cause esophageal cancer by damaging the DNA in cells that line the inside of the esophagus. Long-term irritation of the lining of the esophagus, as happens with reflux, Barrett’s esophagus, achalasia, Plummer-Vinson syndrome, or scarring from swallowing lye, may also lead to DNA damage.

Cancer is caused by changes in the DNA inside our cells. DNA is the chemical in each of our cells that makes up our genes – which control how our cells function. We usually look like our parents because they are the source of our DNA. But DNA affects more than how we look.

Some genes control when cells grow, divide into new cells, and die.

Genes that help keep cell division under control or cause cells to die at the right time are called tumor suppressor genes.

Cancers can be caused by DNA mutations (changes) that turn on oncogenes or turn off tumor suppressor genes. This leads to cells growing out of control. Changes in many different genes are usually needed to cause esophageal cancer.

The DNA of esophageal cancer cells often shows changes in many different genes. However, it’s not clear if there are specific gene changes that can be found in all (or most) esophageal cancers.

What treatments you receive for esophageal cancer are based on the type of cells involved in your cancer, your cancer’s stage, your overall health and your preferences for treatment.

Surgery to remove the cancer can be used alone or in combination with other treatments.

Esophageal cancer surgery carries a risk of serious complications, such as infection, bleeding and leakage from the area where the remaining esophagus is reattached to the stomach.

Surgery to remove your esophagus can be performed as an open procedure using large incisions or with special surgical tools inserted through several small incisions in your skin (laparoscopically). How your surgery is performed depends on your individual situation and your surgeon’s particular approach to managing it.

Treatments for esophageal obstruction and difficulty swallowing (dysphagia) can include:

Chemotherapy is drug treatment that uses chemicals to kill cancer cells. Chemotherapy drugs are typically used before (neoadjuvant) or after (adjuvant) surgery in people with esophageal cancer. Chemotherapy can also be combined with radiation therapy.

In people with advanced cancer that has spread beyond the esophagus, chemotherapy may be used alone to help relieve signs and symptoms caused by the cancer.

Radiation therapy uses high-energy beams, such as X-rays and protons, to kill cancer cells. Radiation typically will come from a machine outside your body that aims the beams at your cancer (external beam radiation). Or, less commonly, radiation can be placed inside your body near the cancer (brachytherapy).

Side effects of radiation to the esophagus include sunburn-like skin reactions, painful or difficult swallowing, and damage to nearby organs, such as the lungs and heart. 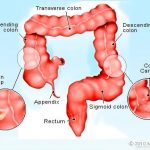 What Is Colorectal (Colon) Cancer?